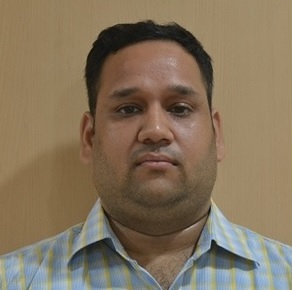 Abhijit Datey is an Architect and Urban Planner with a specialisation in Housing. He has a PhD in Urban Engineering from University of Tokyo, Japan, and a Masters in Urban Planning with specialization in housing from CEPT University, Ahmedabad, India. His main research focus is on public policies and programmes concerned with urban housing for low income groups and its linkages to inclusive urban transport, basic infrastructure, and informal markets.

He has initially worked with Gujarat Urban Development Mission, Government of Gujarat supporting project preparation and implementation of JNNURM (BSUP and RAY) programmes. Later he joined Centre for Urban Equity at CEPT University as a Research Associate, where he worked on a variety of research projects not limited to just urban housing but also sustainable urban transport, inclusive streets, and capacity building of urban local bodies.

During his tenure at the centre he was part of a capacity building project funded by DFID-UK on Support to National Policies for Urban Poverty Reduction (SNPUPR) for Ministry of Housing and Urban Poverty Alleviation. He has collaborated in a research study on low carbon mobility and challenges of social inclusion funded by UNEP--Rise Centre, in which he co-authored a report and a policy brief. He has also associated in a study regarding issues of women street vendors in Ahmedabad funded by Women in Informal Employment: Growing and Organising (WIEGO) and Preparation of Slum Free City Plan for the city of Rajkot, Gujarat.