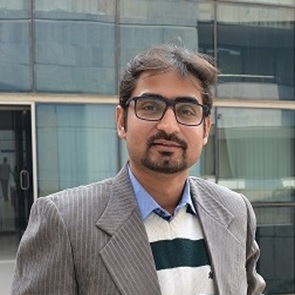 Dr. Kumar holds his expertise in Demography and Public Health. Possessing his academic training in disciplines such as Geography, Population Studies and Development Economics, Dr. Kumar embraces an authentic command in dealing with wide spectrum of population development research with the application of multidisciplinary approach.

Before joining to TERI SAS, Dr. Kumar taught Geography in Central University of Karnataka, Kalaburagi for nearly three years. He has dispensed his services as a Research Consultant to the India Health Action Trust, Lucknow for more than two and half years. Dr. Kumar has also been instrumental in preparing State Reports of National Family Health Survey (NFHS)-3 (2005-06), and in the preparatory works of the first Global Adult Tobacco Survey (GATS) – India (2009-10). He is an alumnus of University of Oslo, Norway and University of Dundee, Scotland, where he has completed his course work in “International Development Studies” and “Epidemiology and Global Health”, respectively.

His research interests comprise of Population and Development related issues at large. More than a dozen research papers published in reputed International Journals and two books are to his credit at present. To date his works have mainly been published and cited in the areas of reproductive and child health, educational development, and agricultural diversification.